What's on your mind?

Btw I don't mind helping out with the editing of the translations if needed... but I don't know Japanese as such so I can't do any translations...

I wonder if anything can actually hurt him or kill him in any way.

Dose anyone have a high resolution file of the world map in volume 12? The capital names are unreadable one the one on this sight.

i finished the anime and i want to continue from the light/web novel, so where should i read from?: (volume/chapter/title...) smth like that. 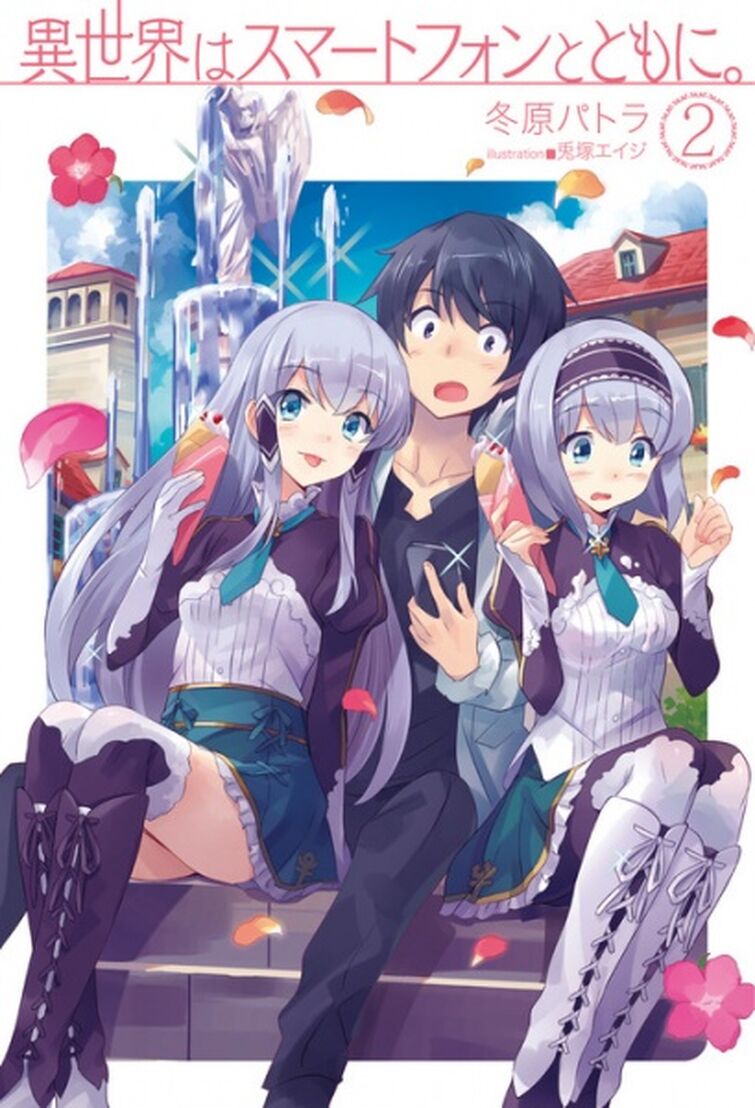 It started with a small observation while watching the anime. But after reviewing a few images from the light novels as well, I am now convinced that each of Touya's nine brides have astronomical symbols deliberately added to their clothing;

Yae had the Moon printed on her kimono (☽︎)

Yumina's hair is held by what could look like the Earth (?)

Hildegard's coat beneath her armour have Jupiter (♃)

and Sakura's pendant has the Sun on it (☉)

Volume 10 of the Light Novel releases this month on the 22nd! Your thoughts?

Help us grow In Another World With My Smartphone Wiki